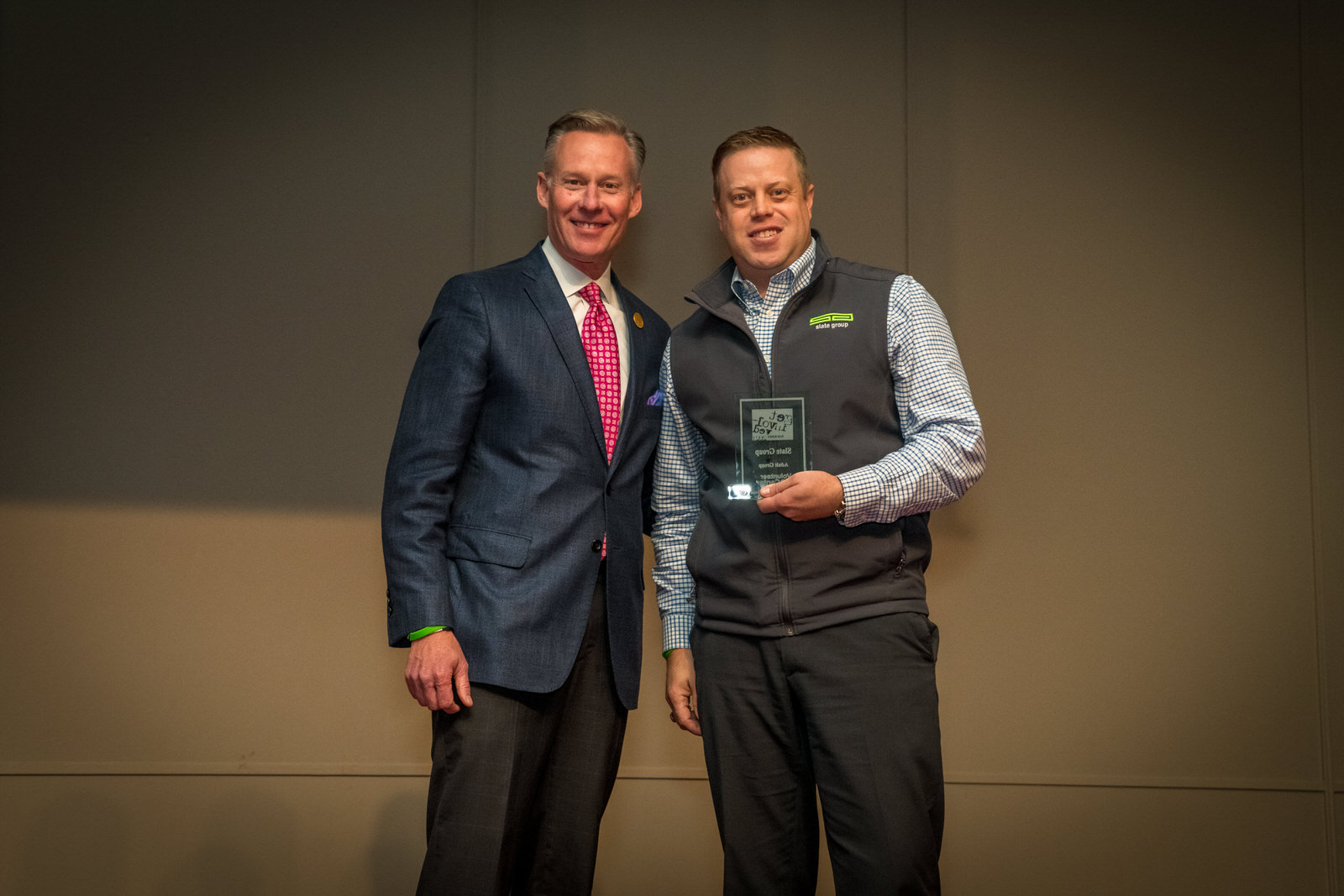 A Culture of Service

By Kayla ThrasherDecember 16, 2021No Comments

Home » A Culture of Service

A Culture of Service

When the COVID-19 pandemic hit, our community had more needs than ever. Luckily, Slate Group stepped up to the plate. Whether it was making sure everyone had a face mask or ensuring children had food on their tables, Slate Group was there. The company ensured our community had what it needed to get through the pandemic, even while its employees lived through it themselves.

Slate Group always has a focus on giving back to the community. During the summer, business is slower than usual. Slate Group guarantees its employees have work to do by giving them service projects and activities.

When the pandemic hit and business declined, Slate Group hit two birds with one stone. Instead of sending its employees home early with a smaller paycheck, Slate Group found another way. It used its extra time to provide its employees with volunteer opportunities. “We were trying to find ways to help our community, but also help out our employees,” said Trey Laverty.

In comes Tiffany Edwards with FaceMasks4LBK. FaceMasks4Lubbock is a nonprofit agency that organized groups of people to create masks during the pandemic. Slate Group knew they wanted to help Tiffany when they saw her inspiring work. Although none of the employees knew how to sew, she found tasks that worked for them.

The Slate Group employees were in charge of cutting the donated fabric to prepare them for assembly. At first, the employees cut the fabric by hand, but Slate Group took it one step further. “We have some very large cutting machines that we use to cut the paper down. We had never cut material down before, but I was like, ‘Let’s give it a shot!’,” said Trey Laverty. With its cleverness, Slate Group cut even more strips at a faster rate.

When the COVID-19 pandemic hit, masks were in high demand and were therefore expensive and hard to find. However, FaceMasks4LBK was able to distribute them on a large scale with the resourcefulness of Slate Group.

Slate Group did not stop at masks, however. Instead, the company reached out to South Plains Food2Kids. Food2Kids sends weekend snack bags home each Friday with children who are food insecure. Slate Group saw Food2Kids struggling to find volunteers and serve children during the pandemic and offered to help.

Food2Kids would deliver snacks to the Slate Group warehouse, and employees would then begin preparing the bags. “The staff stuffed over 4,000 snack bags during the workday when time allowed,” said Kacee Hogg, the Executive Director of South Plains Food2Kids. Additionally, Slate Group would load up the bags and deliver them to Lubbock ISD distribution sites.

“Trey and all of the Slate Group team members did all of this so selflessly with such kind, positive, servant’s hearts,” said Kacee. With Slate Group’s giving spirit, South Plains Food2Kids completed its mission during the COVID-19 pandemic.

Slate Group earned the 2021 ‘Get Involved’ Business award for continuously standing out for its dedication to its employees and community. The Volunteer Center of Lubbock was overjoyed to recognize Slate Group at its 25th Annual Cornucopia Luncheon, as their commitment to others shines strong. The Volunteer Center encourages other businesses to register for “Get Connected” and learn ways its employees can give back. 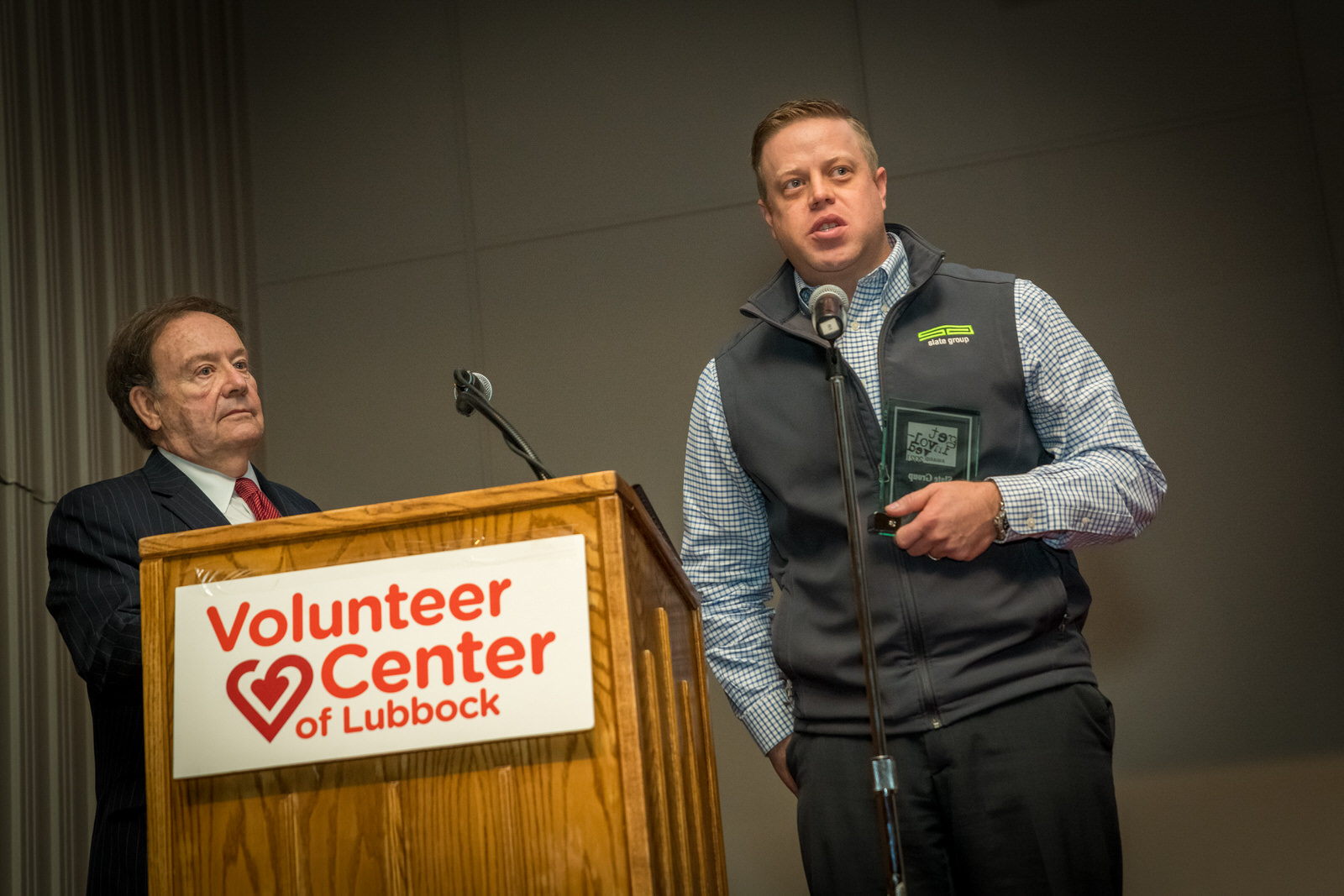